Description: In this tutorial a whole custom simulation will be created, including the .world file, custom objects and a simple custom robot model.

Stageros node simulates a world defined in a .world file, which contains details for sensors, robots and obstacles in the simulated world. Before all we have to build Stage stack with the following command

After this, start an instance of roscore with:

And run stageros node from stage stack with an example world in other terminal, and then a stage window must appear: 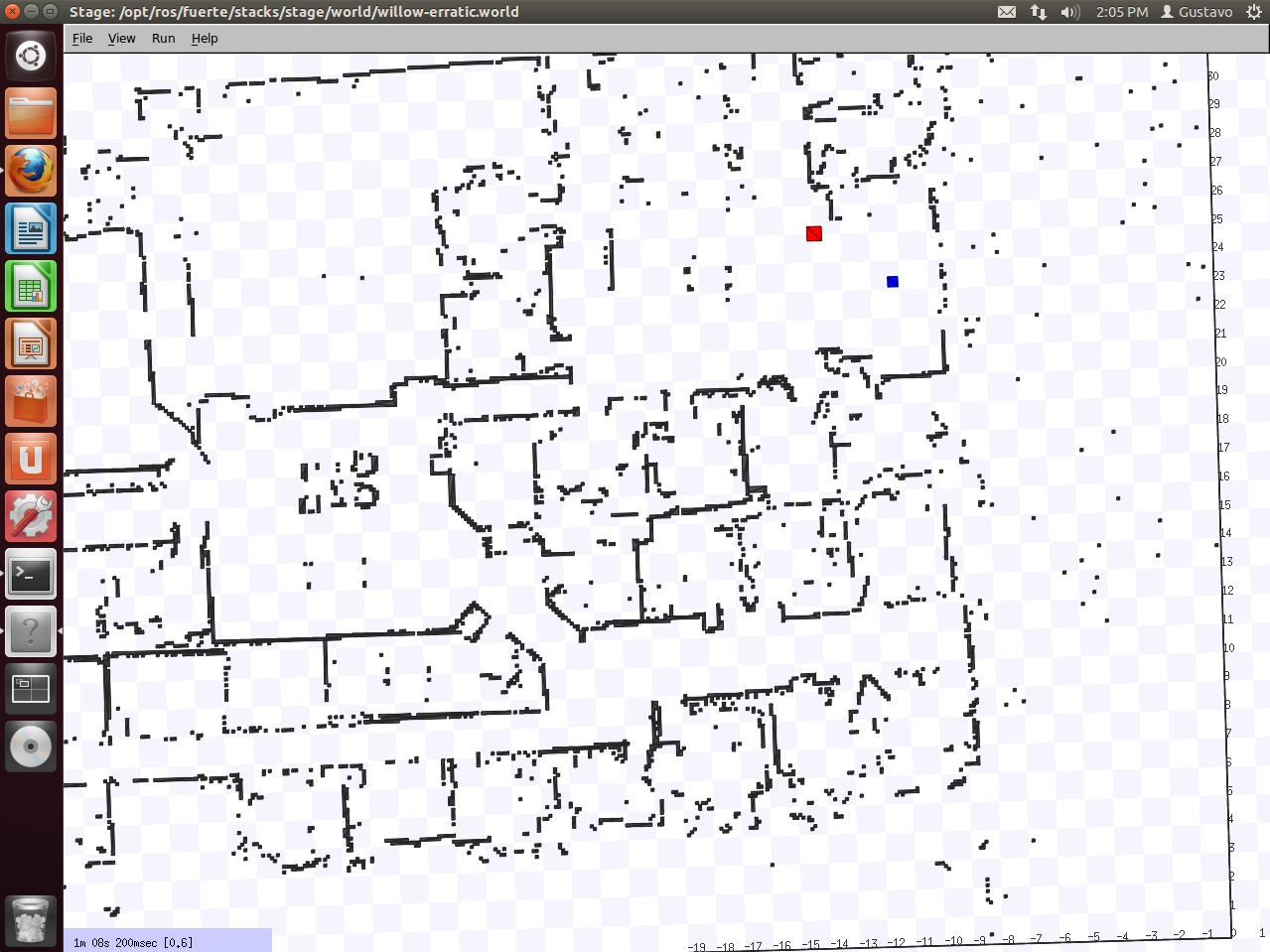 Now that we run stage, we can make our own simulation.

As said before, the .world file contains definition of the world and what is in it. From obstacles, walls, through sensors and robot. All these entities are defined as models and are made using the following syntax:

Now let start creating a map of the world from a image file.